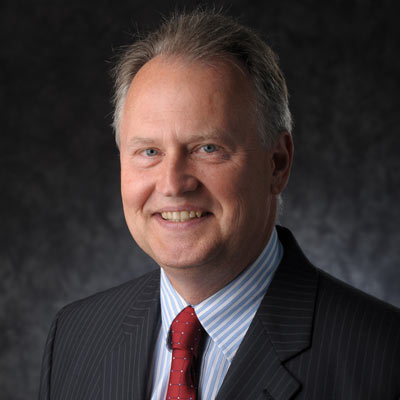 Robert McQuade has served as vice president for human resources at the University of Notre Dame since May 2005.

A 1976 graduate of Notre Dame, Mr. McQuade returned to his alma mater after more than 25 years of management experience in the human resources field.

He served in executive positions in human resources for 13 years at Unilever, the second largest consumer products company in the world with annual sales of $50 billion. From 2003 to 2005, he directed the shared services component of Unilever human resources functions for North America, including compensation, benefits, human resources systems support, university relations, international assignees, and human resources business partnering.

Mr. McQuade served from 1984 to 1992 in increasing positions of responsibility in the human resources division of GATX Corp., a Chicago-based Fortune 300 service company engaged in chemical and petroleum transportation and storage, capital goods, and leasing and financial services. He worked from 1978 to 1984 in several business operations positions for GATX Terminals Corp., a subsidiary of GATX Corp.

After graduating from Notre Dame with a bachelor’s degree in finance, Mr. McQuade began his career with Kraft, Inc. in Chicago. He earned a master’s of business administration degree in 1984 from Loyola University in Chicago.

Mr. McQuade is active in several professional organizations and has volunteered his services as a consultant to the compensation and benefits committee of the Archdiocese of Chicago.