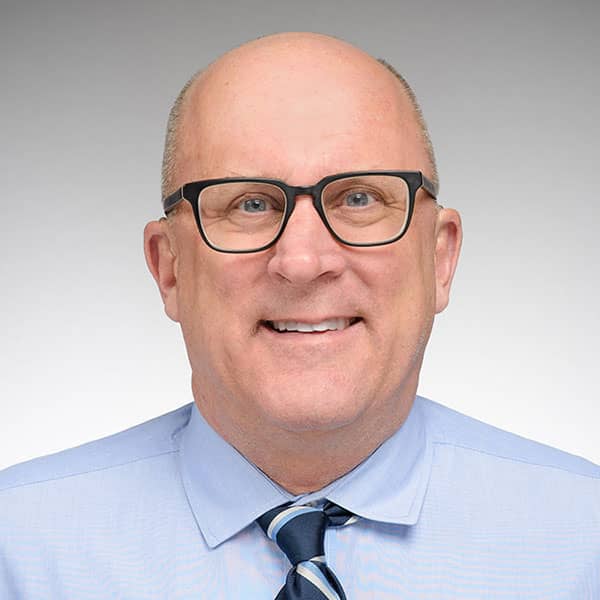 John T. McGreevy began his tenure as the Charles and Jill Fischer Provost of the University of Notre Dame on July 1, 2022, the sixth provost at Notre Dame since the position was established in 1970. The University’s second-ranking officer, the provost is elected by the Board of Trustees and, at the direction of the president, exercises overall responsibility for the academic enterprise.

A graduate of Notre Dame, McGreevy is an acclaimed historian, with a focus on both American and global religion and politics. He is the Francis A. McAnaney Professor of History at the University and recently taught courses on U.S. political history and global Catholicism. He served as the I.A. O’Shaughnessy Dean of Notre Dame’s College of Arts and Letters from 2008 to 2018.

“Notre Dame’s aspiration to become one of the world’s leading research universities while sustaining and deepening its Catholic identity is one of the most exciting projects in global higher education,” McGreevy said when his appointment was announced. “Given the many challenges we face in our nation, the Church and the world, this project has never been more important. I am honored to assist in this effort and look forward to working with faculty, staff, and students to advance the work of Notre Dame.”

He has authored four books that explore the people and the impact of the Catholic Church—the most recent of which, Catholicism: A Global History from the French Revolution to Pope Francis, will be published by W.W. Norton and released in September 2022. His essays have been translated into Italian, French, and Spanish, and his articles and reviews have appeared in the Journal of American History, New York Review of Books, The Chronicle of Higher Education, Commonweal, The New Republic, Chicago Tribune, and other publications. He is also one of 12 historians to participate in God in America, an award-winning, six-part PBS documentary on American religious history that first aired in October 2010.

During his two terms as dean of Notre Dame’s College of Arts and Letters, McGreevy advanced the college in multiple ways, including significantly strengthening the Department of Economics and other areas of the social sciences; increasing the number of arts and letters majors writing a senior thesis by more than 30 percent, which in turn has led to more undergraduate research; introducing the nationally recognized 5+1 Postdoctoral Fellowship Program giving students who finish their doctoral degree in five years one year of postdoctoral funding; starting new doctoral degree programs in Spanish, Italian, anthropology, and sacred music; expanding programs and departments in the arts; enhancing existing elite programs in the humanities; growing the Institute for Latino Studies; and creating more interdisciplinary curricula across the University, including a major in neuroscience and minors in computing and digital technologies and business economics. In addition, he served as co-chair of the University’s most recent core curriculum review.

McGreevy has received major fellowships from the Mellon Foundation, the American Council of Learned Societies, the Louisville Institute, and the Erasmus Institute. He served on the 2010 jury for the Pulitzer Prize for History and, since 2018, has been the co-chair of the Commonweal Foundation board. He has received several awards for his teaching and research, including the 2015 George E. Ganss, S.J., Award for scholarly work in Jesuit studies from the Institute for Advanced Jesuit Studies at Boston College and Notre Dame’s Kaneb Teaching Award for his influence on the undergraduate learning experience. In 2004, he was honored as a Distinguished Lecturer by the Organization of American Historians.

He is married to Jean McManus, a librarian in Notre Dame’s Hesburgh Libraries. They are the parents of four children.