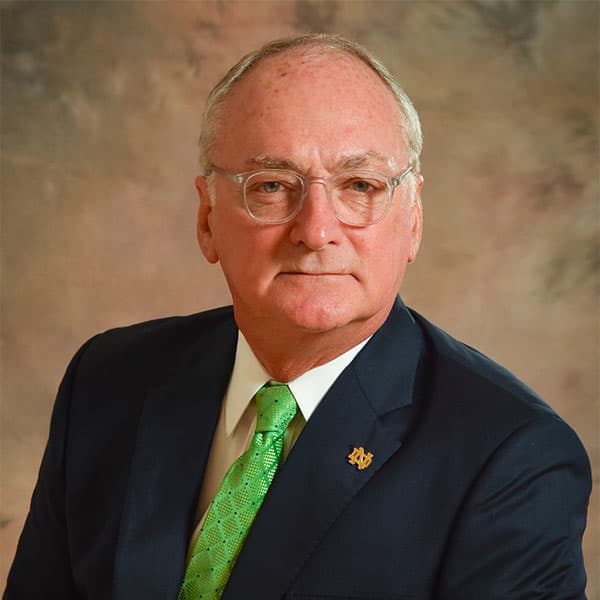 John B. “Jack” Swarbrick Jr., a University of Notre Dame graduate now in his 15th year in 2022-23 as Vice President and James E. Rohr Director of Athletics at his alma mater, has attached his signature to a variety of new initiatives during his tenure:

Over the past several years, Swarbrick played a major role in significant announcements that positively impacted Notre Dame on the national collegiate scene:

Born in Yonkers, New York, and raised in Yonkers and Bloomington, Indiana, Swarbrick is a 1976 magna cum laude graduate of Notre Dame, with a bachelor’s degree in economics. Upon graduating from Stanford University Law School in 1980, he accepted a position as an associate in the Indianapolis law firm Baker & Daniels. He was made partner in 1987 and spent 28 years with the firm. Swarbrick became Notre Dame’s 12th athletics director on July 16, 2008. He and his wife, Kimberly, are the parents of four children: Kate, a 2010 graduate of Saint Louis University; Connor, a 2011 graduate of Wake Forest University; Cal, a 2014 graduate of TCU; and Christopher, a 2015 graduate of Notre Dame.