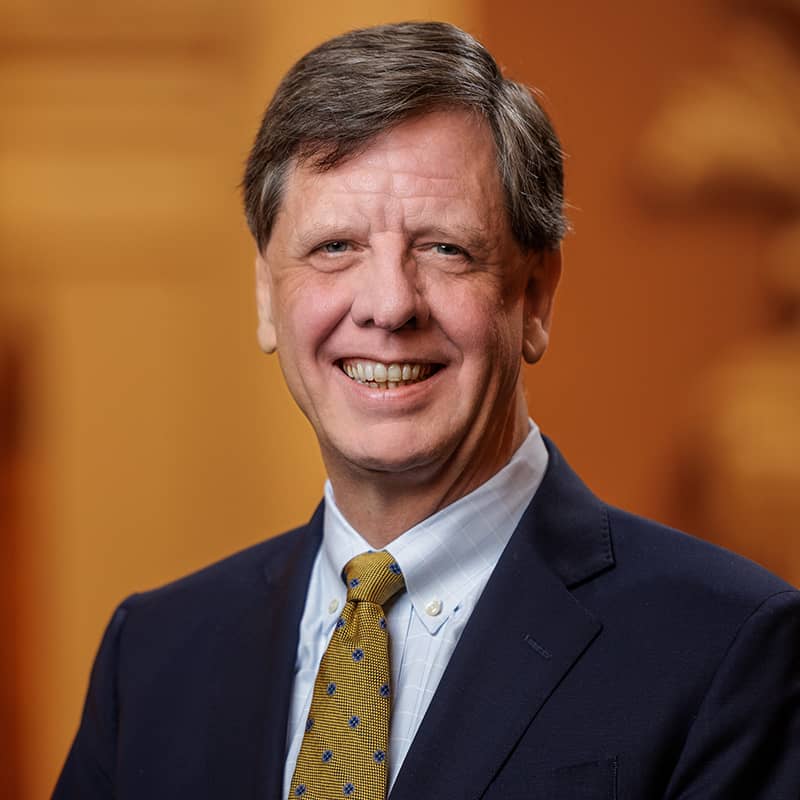 David serves the University of Notre Dame as the Vice President of Strategic Planning and Institutional Research. He partners with leaders across campus to build strategic plans and facilitates cross-university strategic initiatives. David has led the office since 2012 and is a member of the President’s Leadership Council.

Prior to assuming his current role at the University, David was a senior equity research analyst at Goldman Sachs for eight years, covering the technology hardware sector, which includes companies such as Apple, Dell, HP, IBM, and NetApp. Prior to Goldman Sachs, David held the same position at the boutique Wall Street firm, Gerard Klauer Mattison (now part of Bank of Montreal). David began his career at IBM, first in application development and then as a client executive for ten years, marketing to global Wall Street firms.

David graduated from the University of Notre Dame in 1983, with a BS in Mathematics, and later earned his MBA in Finance from the Stern School of Business at New York University.

David is married to Ann Chara Bailey, an architect, and has twin sons, Jack and Ben.