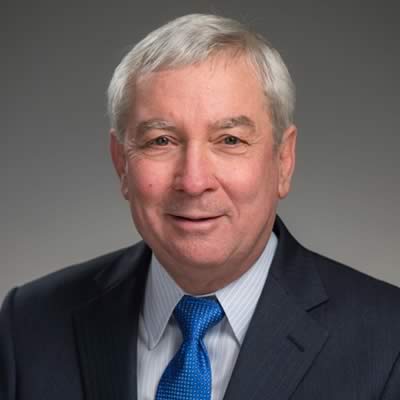 Robert J. Bernhard was appointed vice president for research at the University of Notre Dame in May 2007. In this role, he addresses infrastructure and support of research – the work of faculty, graduate, and undergraduate students alike – and the competition for funding dollars.

A graduate of Iowa State University, Bernhard worked from 1973 to 1977 as an engineer with Westinghouse Electric Co. in Baltimore. At the same time, he worked on and earned his master’s degree in mechanical engineering from the University of Maryland. He returned to Iowa State in 1977 to pursue his doctorate and to serve on the engineering faculty as an assistant professor of freshman engineering.

After completing his doctoral studies, Bernhard joined the faculty of the School of Mechanical Engineering at Purdue in 1982. He had been affiliated with the Acoustics and Noise Control Research Program at the Ray W. Herrick Laboratories at Purdue and served as its director from 1994 to 2004. He was the director of the Institute for Safe, Quiet and Durable Highways from 1998 to 2007, and served as Purdue’s associate vice president for research from 2004 to 2007.

Bernhard is one of the nation’s leading experts on noise control, with a focus on tire and traffic noise, numerical methods, and active noise and vibration control. He has directed the research of 52 engineering graduates and is the co-author of more than 170 journal and conference publications on various aspects of noise control engineering, numerical methods, vibrations, and design.

Bernhard is a member of the Board of Directors of the Cummins Engine Co. Among his civic duties, Bernhard served on the St. Thomas Aquinas Pastoral Council in West Lafayette, Ind., for four years and was president in 2006. He was also a Little League baseball coach for 13 years.

Bernhard and his wife, Debbie, are the parents of four children and have four grandsons.