Vice President, Associate Provost and Dean of the Graduate School 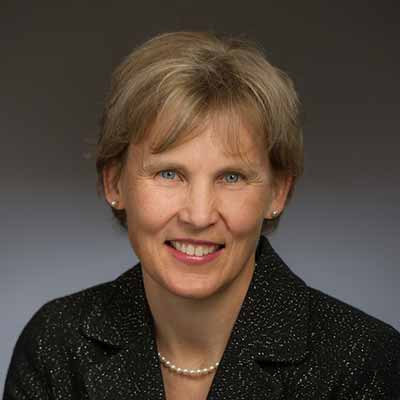 Laura Carlson, professor of psychology, serves as vice president and associate provost and dean of the Graduate School. As head administrator of the Graduate School since 2013, Dr. Carlson oversees all aspects of Graduate School administration, as well as the Office for Postdoctoral Scholars. She works closely with the associate deans for graduate education from the University’s colleges of Arts and Letters, Engineering, Science, and Global Affairs, as well as with the deans of Architecture, the Law School, and the Mendoza College of Business and the University’s Vice President for Research.

In addition to serving as dean of the Graduate School, Dr. Carlson’s major responsibilities in the provost office include running ND Lead, a faculty leadership development program, acting as the secretary of the Academic Council and the Provost Advisory Committee, and collaborating with the University Committee on Women Faculty and Students to improve the climate for female faculty. She also oversees the Office for Military and Veteran Affairs.

Within the Department of Psychology, which she joined in 1994, Dr. Carlson has served as director of graduate studies and associate chair. Her primary research interest is spatial cognition — how we mentally represent the places and objects around us—and she has won grants from the National Institutes of Health and the National Science Foundation in support of this work. She directs the Department of Psychology’s Spatial Language & Spatial Cognition Lab.

Dr. Carlson received her bachelor’s degree from Dartmouth College, her master’s from Michigan State University, and her doctorate from the University of Illinois at Urbana-Champaign. She has served as an associate editor for Cognitive Psychology, Memory & Cognition and Journal of Experimental Psychology: Learning, Memory, and Cognition. In 2005, she co-edited the Oxford University Press volume Functional Features in Language and Space.

As a teacher, Dr. Carlson has been recognized on multiple occasions at Notre Dame: twice with a Kaneb Teaching Award and then again with a Rev. Edmund P. Joyce, C.S.C., Award for Excellence in Undergraduate Teaching.